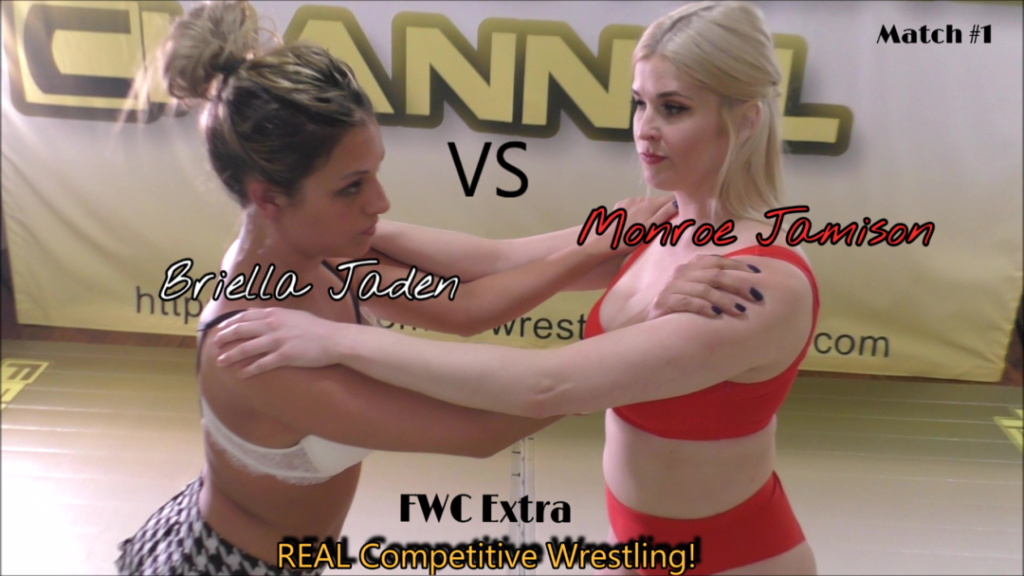 Two Industries Collide In The Next Two Videos!

Briella Jaden got a sense of our moves in our last video and performed QUITE well.

Monroe Jamison is quickly getting the feeling that this could be another Charisma Queen type of situation if she is not on her game.

This is the #1 of two matches that were filmed after Briella’s wrestling training.

In this first video, Briella will be wrestling in our FWC style of rules.

We can already tell from her strength and stamina that she could take down a lot of the ladies on our mats you have seen already at the FWC.

Can she take down Monroe as well?

Or, will Monroe show her why she is still the leader of the Female Wrestling Channel?